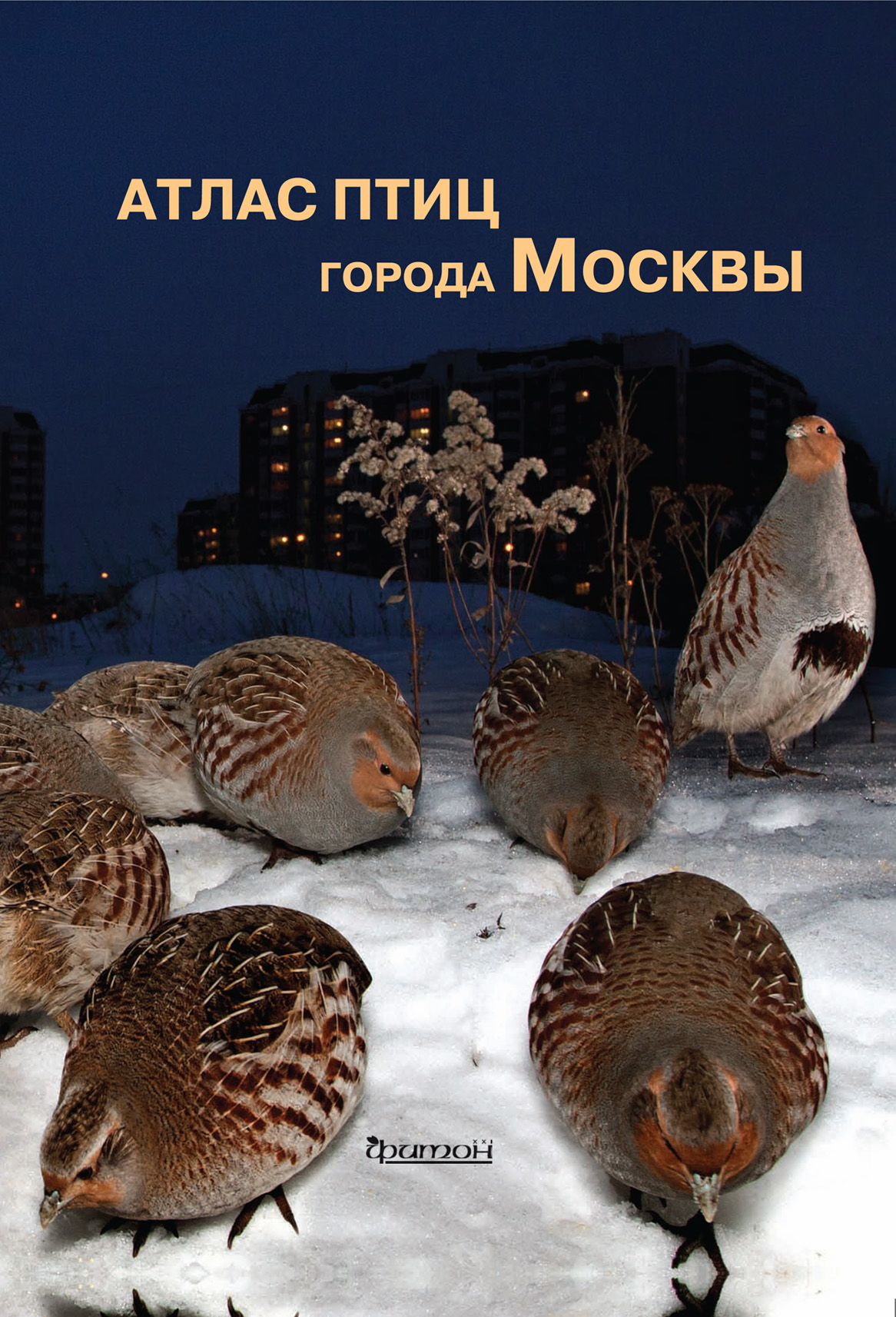 The work on the Atlas of the birds of Moscow City has been finished. The book was published in 2014. The main body of the atlas consists of the distribution maps for each of the 226 species found in Moscow during 2006–2011. These are accompanied by brief species accounts in both Russian and English. The texts should add, not duplicate the information contained in the maps. The map pages contain one larger and two smaller maps. The first of the three maps presents information on the distribution and abundance of the species during the breeding season, colours are used to indicate the level of evidence for breeding. Abundance of breeding pairs is indicated by varying diameters of the black dots inside the tetrads. The upper of the two smaller maps shows the tetrads (marked in blue) in which the species was found at least once during the winter period. The lower map shows the maximum estimates of the number of individuals of a species recorded in a tetrad during the year, regardless of the season. 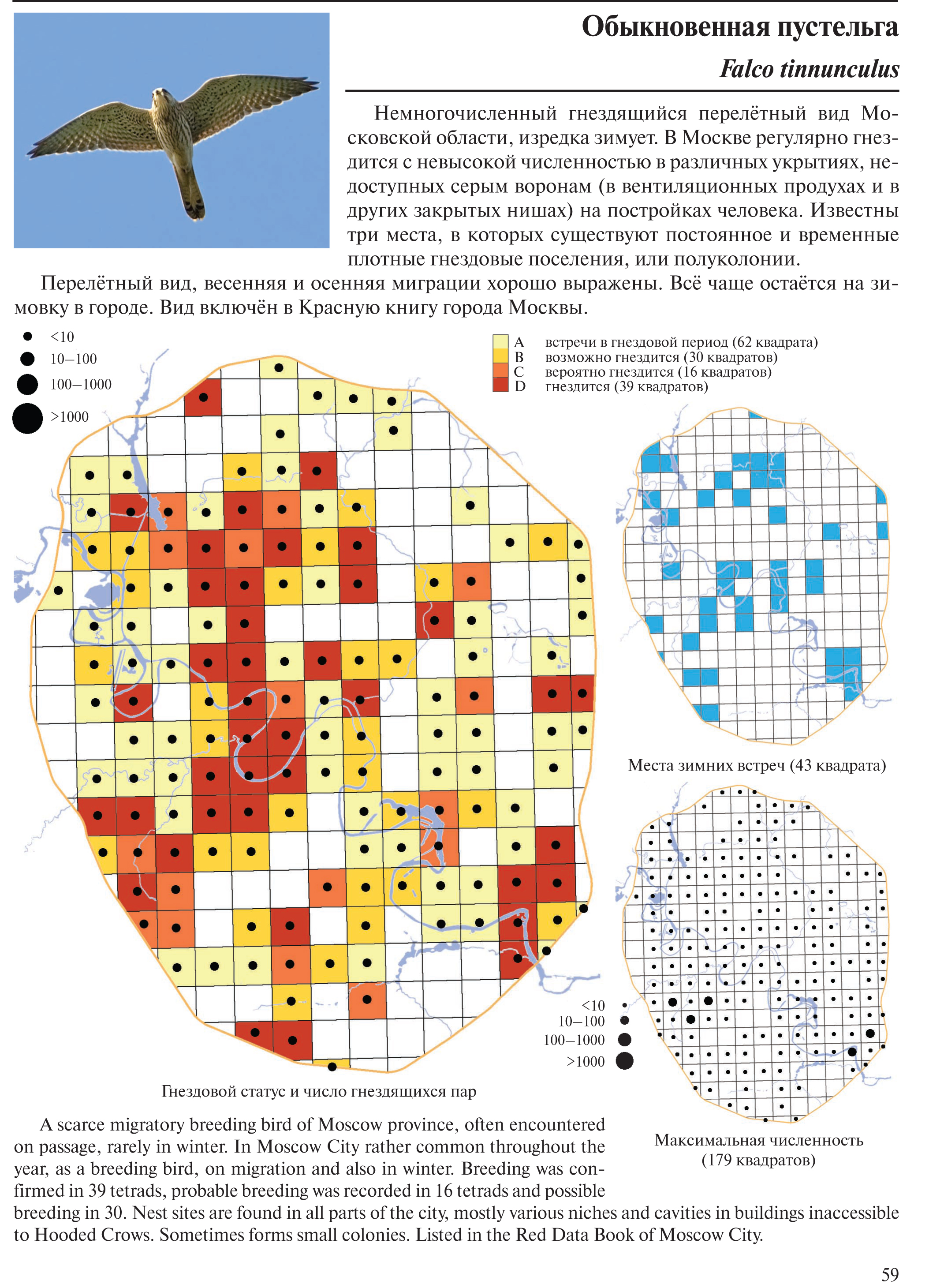 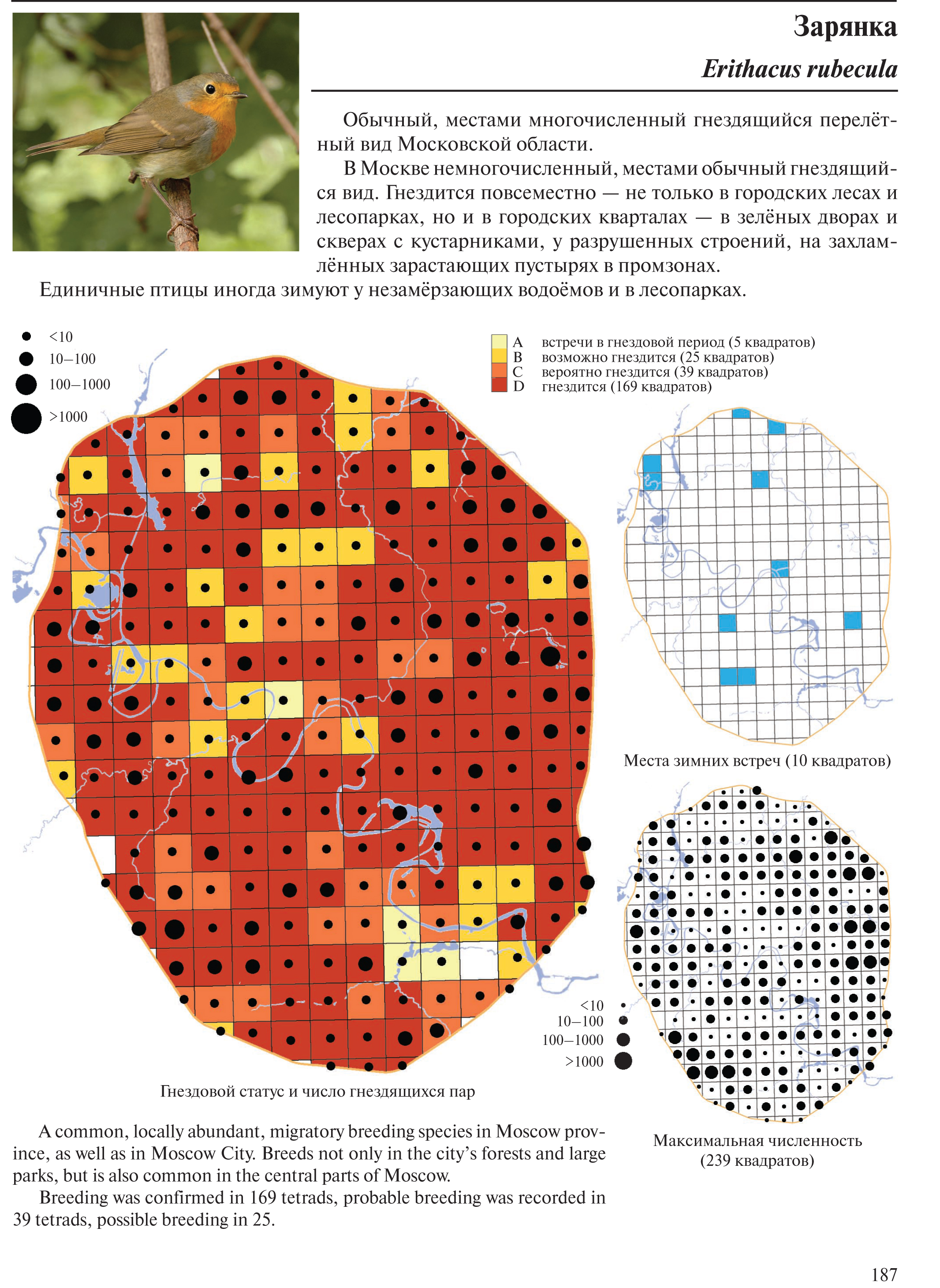