Photo-guide of birds of European Russia 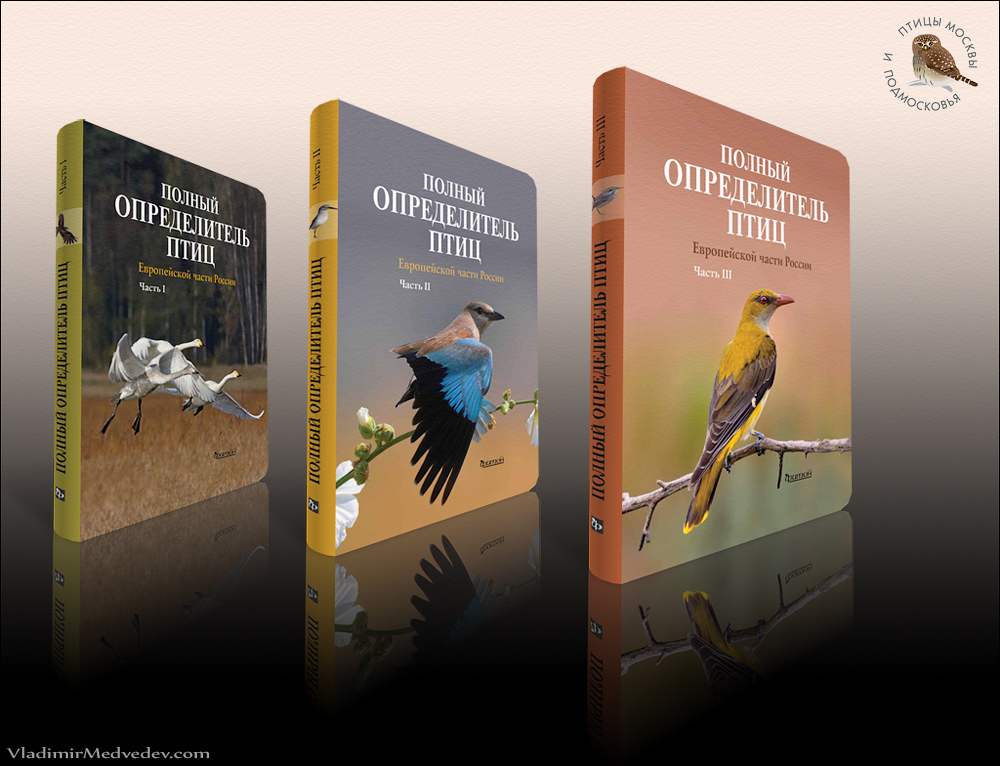 Second edition of photo-guide was published in 2014.

The six-year project aimed on preparation of the full identification photo-guide of birds in European Russia has been successfully finished. A three-volume book was published in «Fiton XXI» edition.

For each of 483 species there were made full descriptions of coloring and definitive characteristics of each species, maps of their natural habitats as well as pictures illustrating sex and age differences and seasonal feather change. The texts are written by professional ornithologists, the pictures are made by the best animal photographers of Russia, Ukraine, Belarus, Kazakhstan, Latvia, Bulgaria, Israel, Holland, Germany and other countries of the former Soviet Union and beyond. The image bank of the program has about 15000 pictures, nearly 2500 of these pictures had been used in the identification guide.
About muzeum
Sections
AdministrationDivision of Exhibition Section of the scientific public oriented projects
Atlas "Birds of Moscow City"Monitoring of common birdsBreeding bird atlas of European RussiaBirds of Moscow and the Moscow RegionPhoto-guide of birds of European Russia
Invertebrate ZoologyEntomologyIchthyologyHerpetologyOrnithologyMammalogyEvolutionary Morphology
History of museumCollections
For specialistsFor public visitorsConferences